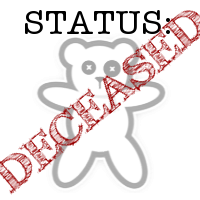 This daughter of Dionysus disappeared during Hera's Quest Part I along with her brother Valentine Butler. No one knows where they are.