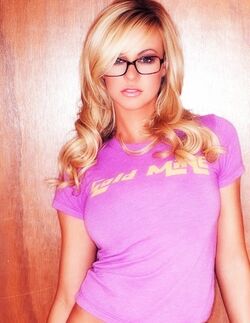 Lorelei has a slender young body with curves that never end, long blonde hair framing a softly tanned fair skinned, innocent looking face with sensuous, piercing eyes that change through the seasons from blue in fall and winter to green spring through summer. Her outward appearance is a classic beauty, and because of being raised in her original environment she originally objected to tattoos and piercings, but just recently did she acquire her first tattoo, this was to symbolize her changes from who she was before to who she is now, as well as the death of her grandmother.(See Below.)

Lorelei does not know for sure; shortly before Lorelei was born her father committed suicide in order to be close to Persephone the love of his life. Lorelei was raised by her grandmother Lily in a tiny town in the deep south, her childhood home was surrounded by blossoming trees that were planted by her father when he was alive as a tribute to Persephone, that would start blossoming the minute her mother took her first step into the world of the living, that is all she knew really of her parents. Even her grandmother did not know much else about their relationship.

Lorelei loved her home in Louisiana dearly, it was a large, stately, well preserved plantation home filled with history and fond memories of her grandmothers teachings, as well as many friends to play with thanks to the Civil War, an accidental poisoning of two little girls and their mother, as well as the hanging of the slave that was responsible; let us just say she never ran out of people to talk to throughout her entire childhood. Grandmother Lily was a very strict, but loving guardian who taught Lorelei the ways of a proper southern lady. She was schooled in everything from proper place settings, to ballroom dance, even to proper ways to clean an oven after baking an eight layer fondant masterpiece (which would be given to some other girl who had already won a man, for single girls do not make their cake and have it too.) Watching her grandmother, Lorelei also learned the proper way to scold and gossip, as well as how a proper lady drinks her whiskey, that would be warm and straight from the bottle when you believe you are alone, for good ladies never drink without reason at least not in public. (This is also how she learned that proper ladies never spy or eavesdrop on anyone especially their elders and husbands, for what goes on behind closed doors is meant to be behind closed doors.) With her heart set on marrying before the age of twenty, she prepared wedding after wedding only to feel as though they were never quite right. Even though she was an honor student, her grandmother made sure to keep Lorelei's intelligence in check by explaining that no man wants a woman who is able to outsmart him on any subject that does not involve housework or cooking, and if she was ever to feel the need to carry a conversation she was to pretend that he was teaching her new things she was extremely interested in, no matter how unimportant the subject may seem, also do not gripe to her man for his life is much more difficult than hers. She continues to carry these teachings with her, even with the many people who oppose her views finding them archaic and sexist, but for her they are her only link to the only family she truly had. Lorelei wound up at Camp Half-Blood after the day she met her mother, she was out picking blossoms from the trees when a large crack in the earth appeared below her through it came Persephone, after a long, teary-eyed reunion, her mother sat her down beneath the trees, this is where she warned her about the dangers of being the daughter of a goddess, she then explained that Lorelei will have to leave her home in order to protect her grandmother and learn to harness the powers inside her.

Lorelei is a sweetheart who loves making others happy, she just wants to be perfect, even if she knows it is not possible, she still continues to try and be the best possible version of herself as possible. She is caring and loyal, but she does have a darker side whenever she is insulted or upset. She just wants everything to work out in the best possible way.

Plants, every single kind no matter how mean or nasty they can be sometimes Vegan everything, is against killing any animal (minus non-pretty bugs, those all can die a horrible painful death except one, to warn their friends of the impending doom that awaits them.) “MUST BE VEGAN!!” (Even though she does not mind making non-vegan food for others.) Making others happy and feel wonderful about life. Short flowy dresses that sweep even in the softest wind (Think Marylin Monroe, but as an unintentionally slutty acting flower child) To folic in meadows in the bright sunshine Talking to dead movie stars, particularly Audrey Hepburn

Animal Killers, "Meat is Murder!" Well just people who enjoy killing animals for the fun of it. Bugs, minus pretty ones of course like butterflies and... well those are the only pretty ones, oh and bees! I love honey!" Hades, "Kidnapping my mother is so not okay." Cold. Snow, sleet, hale, anything involving cold, even too icy iced tea makes her upset Dead people who don't let her sleep at night, those people can go back to bother Hades

Painting Flowers by All Time Low 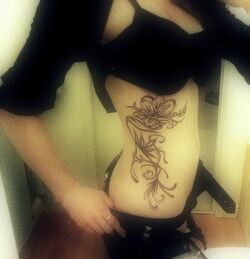 Able to talk to the deceased Can allow possession of her body for a short period of time, though she has not tried this Turn weapons that come at her to flowers if she sees them coming Ability to change inanimate objects into flowers as well with a touch, She can communicate with plants, as of now she has no real control over them, but they can chat.

Lorelei is not a fighter, but she is a saver. She just wants all the fighting to stop, but she knows that it is going to happen and she is going to help save as many of her friends as possible. 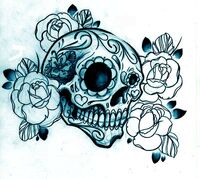 She is already planning on her second tattoo to represent her mother and her love.
Add a photo to this gallery

Lorelei has no pets at this moment, but she hopes to get a hummingbird soon. She saw a couple in her dreams the past few months.

Retrieved from "https://campolympians.fandom.com/wiki/Lorelei_Asphodel?oldid=4261"
Community content is available under CC-BY-SA unless otherwise noted.