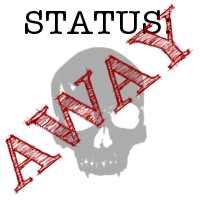 Lilly has been missing since the second month of the new year. One night she left camp, not telling anyone where she was going. Her half-siblings, if they know, will not tell.

Age: 14 Daughter of Apollo Appearance: Eye(s): Brown Hair: Brown/Blonde Height: 5” Build Type: Skinny Background: Mortal Parent(s): Kate Thorn (Mother) Richard Hunt (Stepfather) Other Family: One younger half sibling (Carrie Hunt, 10 years old.) Pets: An Friesian cross horse called Thumps 6 years old male. Brief History: Lilly-Anne has always had what she considered to be a normal upbringing, she has lived in Texas her whole life on a small ranch with her mother, stepfather and half sister. Lilly-Anne couldn't have asked for a more loving family, even though she has never known who her real father was, that has never bothered her. Lilly-Anne worships her family and has always loved her stepfather for taking her on trying to be the best child she could as not to dissapoint him in anyway. She struggled at school so would spend most of her days missing school to hang around the ranch helping her step father the best she could. Her mother was never concerned about this and used to tell her one day it would make sense. Lilly-Anne found it hard to make friends and did get bullied a lot. She has always known she was different and just thought it was her ADHD and dyslexia. Personality: Lilly-Anne is a shy girl who spends a lot of time isolated due to fear. Once she warms to someone she is a loyal friend. She struggles with anything educational and would rather spend her time outdoors with her horse. She is caring and kind and very ambitious, though she can be rather uncooperative when she feels like it. Likes: Horse riding Hot weather Sports Being on a gun range Singing Dislikes: School Bullies Confrontation Sick animals Blood Skills: Soccer Horseback riding Shooting Weaknesses: Standing up for herself. Very clumsy Stubborn Blunt to the point of rudeness Passions: Doing the right thing Art Fears: Death Getting something wrong Hobbies: Horse riding Archery Fighting Specialty: Archery Fatal Flaw: Fear Theme Song: Lyrics ... The Puppeteer: Name/ Alias: Jess Age: (Optional) How long have you been role playing?: A year and a half on and off How did you find us?: Through until we bleed Role Playing Sample: Quote: Lilly-Anne jumped off her horse Thump and began to untack. All her equipment would need cleaning, she knew she had to do it, but was delaying herself as she couldn't concentrate. She took it all off of Thump and threw it to the side, making sure she was careful That no one saw her as she knew she would get in trouble for being so careless. She removed her hat and wiped the sweat away from her face. It was a hot day and after missing school yet again she had just jumped on her horse and rode the whole day away. Lilly-Anne grabbed a brush and began to groom her horse, taking care to get all the dirt off of him. “Something is going on Thump, I'm not stupid I now something is up.” She told her horse who paused from his drink as if to acknowledge her. “Moms acting weird, she keeps on giving me these funny looks.” Lilly-Anne let out a long sigh, while wishing Thump could answer her, though she knew it impossible. She continued with her job off grooming her horse and tried to relaz. The sun was shining directly above her and seemed to be heating the stables as every minute went on, She knew she could have one or two more free hours of freedom before she would be called in to help around the house and get dinner ready. Lilly-Anne thought about what she could do and decided that sunbathing would be best. Lilly-Anne took a couple of minutes to make sure Thump was going to be alright before she checked on him again, that he had enough food and water and walked out of his stables making sure they were locked. Making her way back to the house she noticed a stranger staring at her. He looked rather odd, in a way that she couldn't describe. She just felt him strange. He was heading inside the back porch where her mother was waiting with a strange look of what Lilly-Anne could only think was fear. Lilly-Anne grew scared, she didn't know where her stepfather was and was worried that this man could be here to hurt her mother. Unsure of what to do she began bolting towards the house, even though every bone in her body was telling her to run. Read more: [[1]]
Retrieved from "https://campolympians.fandom.com/wiki/Lilly-Anne_Hall?oldid=4274"
Community content is available under CC-BY-SA unless otherwise noted.