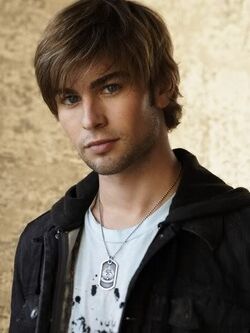 Jake looks like the most organized mess of a person you could imagine. His hair lays on his head as a disheveled mess, some have called "bed head". The problem with Jake's hair is that normally he truly has just rolled out of bed. Laziness and a lack of preparation have caused Jake to learn how to look just presentable enough to get by in a small amount of time. He tends to wears a black or white t-shirt underneath a open, button up; “Its better to dress simple and classy then bold and tacky.” his mother would always say. Jake rarely goes anywhere without his snake fang necklace given to him by his girlfriend Katy. His necklace is a member of a pair and a trophy of the couples victory against a lake beast. Faded jeans and work boots are what complete Jake's daily wear, along with a leather belt fully stocked with accessories. Jake's accessories are different than a normal person's however. He totes along personally crafted celestial bronze grenades and a pair of lion and satyr keychains that transform into his swords for combat.

Suzanne Collins Jake's mother is a loving and supportive woman that will always have Jake's back. She is a part planner in Los Angeles, throwing extravagant bashes for many actors, politicians, and singers. She travels around a lot with Jake's older brother Jack and likes to hear from Jake as much as possible, though she understands that circumstances make it difficult. After she discovered the world of Olympians and monsters she began to plan parties for the local mythical creatures in LA. Even going so far as to be the official Party Pony LA Planner. Jack Collins Jake and Jack were normal siblings, teasing and bullying was abundant. The only problem for Jake was that Jack was normally the one bullying and him the bullied. Jack is everything Jake is not, he is focus, intelligencer and unwavering in his work ethic. Jack was never told who his father was either, so the sons both grew up thinking nothing of the word father or what it meant. Jack and Jake only ever grew close due to music, Jake singing and playing harmonica while Jack wrote songs and played guitar. The siblings still exchange letters to this day.

Dionysus is known to reside wherever parties occurred, either a portion of his essence or a person appearance in disguise are key elements of the party gods image. With Suzanne always working, not to mention attempting to raise her oldest son Jack by herself, most would assume partying would be a thing of her past. But in her field being a good host was the way she made her livelihood, so party she did. Dionysus was always present for her bashes, and one day during a video game party in honor of the anniversary of PAC-MAN Dionysus finally made his move. The couple shared a blessed few months together going from place to place, until one day Dionysus left never to be seen by the woman he had seduced.

Jake was not always a lazy, fun loving free spirit...well okay maybe he was. Jake spent the earliest years of his life being brought from party to party while his mother ran the ordeal. As Jack grew up he began to express his interest in sports, leaving the "scene" behind for football and baseball practices. Jack was left to accompany his mother, and as he grew he began to fall in love with music, and the social life. Music made Jake feel alive and he quickly picked up a number of impoundments. Jake's mother taught him the ways of the in crowd, joking, kissing up to, and wowing the guest at all his mother's celebrations. Jake had a natural vibe at parties that he could not explain. He just fit in when he was in a crowd, especially when booze was abundant. It was not until a dance recital one faithful day that Jake discovered his godly heritage. A monster burst in, quickly followed by a Satyr and armor clad teen. The beats was killed and Jake was finally informed of who he really was.

Jake is fun loving and carefree. He spends a large portion of his time sleeping or playing music. Jake enjoys spending time with his beloved girlfriend Katy most of the time, and the two are rarely seen outside of each others company. If a joke is told in a crowded room, Jake tends to be the one to say it. Love is something Jake cherishes and he will do anything for a friend, even if it places himself in danger. 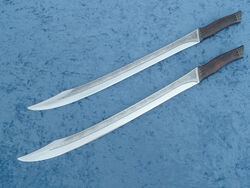 Jake is an accomplished musician and dancer, capable of playing the harmonica and piano. After coming to camp Jake began to learn hos to use nature magic by playing his harmonica and has learned a number of small offensive, defensive, and healing songs. Jake has a keen talent for scheming in fast paced situations, and though he rarely plans things through does well when forced to think fast.

Jake's abilities have grown over his training at camp. Jake is able to create and manipulate grapevines like the majority of his siblings. His powers work on strawberries as well, a fact Dionysus exploits at camp. Making grapevines drains Jake's energy quickly, while controlling already existent ones is easier. Jake is immune to the intoxicating power of alcohol. He can drink and drink and drink and never get drunk. On odd side note is however that he is capable of creating wine in small amounts and can induce the feelings of drunkenness on himself and others. A somewhat less dominant power of Jake's is his ability to speak to leopards, something he only discovered after his pet leopard appeared before him

Twin Swords Jake has taught himself how to fight with two blades, preferring the speed and versatility they offer to the standard sword shield combo. Jake is brutal with his weapons, able to slice and hack multiple foes with ease. He uses a style based upon agility and deflection rather than raw power, making him great in offense but rather lacking in defense. Long distance combat also proves to be a problem for Jake. Grenades With the help of a friendly Hephaestus camper, Jake was able to craft and create two sets of grenades from celestial bronze. he uses both effectively,learning the proper timing and angles to throw the explosives for optimum damage. The first type of grenade in Jake's arsenal is a powerful flash bang grenade, capable of blinding and incapacitating multiple foes. The second type of grenade is an explosive frag grenade. The explosion and shards of shrapnel are more than enough to take down most beasts.

Jake acquired a pet leopard during a rather dangerous battle at camp in the Mess Hall. He had been injured and was facing certain death when a rather timely prayer brought his pet Lepara forth to his rescue. Jake feels that he owes the large creature his life and cares for her dearly. Lepara is a large Leopard, slightly smaller than a horse, and she even allows Jake to ride on her back in combat and when he needs to travel long distances. Their friendship is growing and the two seem to have a bright future as allies

Retrieved from "https://campolympians.fandom.com/wiki/Jake_Collins?oldid=4259"
Community content is available under CC-BY-SA unless otherwise noted.