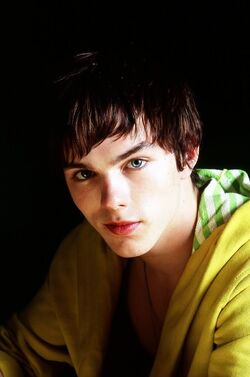 Artemis is what you would expect from a British 15 year old, really, and currently stands at the average height of 5'8. He has cold grey eyes, which have a slight tint of midnight blue in them, and hair of the deepest brown, whic appears to be black on occasion. He is pale, probably from shutting himself in his room with little natural light for several years. It doesn't bother him, in fact he finds it amusing when demigods can't guess his Olympian parent just by looking at his appearance. He has dark hair, that is cut to an 'acceptable' length, according to his adoptive father. He has a slightly messy fringe and hair that goes doen to the back of his neck, roughly. It is permanently unkept, despite what he may do to it. His grey eyes, dark hair and pale skin gives him a perculiar appearance, and easy to spot in a crowd.

Though his biological mortal parent is unknown, his adoptive father is a banker of British descent, Alexander Bailey.

Artemis has never known where he came from, or why he ended up in London. He just kind of did. He's always been told that his parents died suddenly, under 'mysterious circumstances,' and that was that, until being sent to camp only a few months after his fifteenth birthday. He figures that either no one knows what happened, or they're too scared to tell him. Whatever it was, he spent the majority of his life at an orphanage in South London, always subject to name calling and jibes which became increasingly worse over the years, and influenced by a certian author's visit. He only left the orphanage aged 14, when he was adopted by his current guardian, Alexander Bailey.

Artemis is known mainly for his generally unsociable, uncaring behavior, and it must be noted that he was hit, kicked or otherwise deliberately injured by various others four times in his first two weeks alone of being at Camp. This is most likely due to his high sense of self importance, to the extent that he looks down of others from a fairly great height, until they prove themselves to be worthy of his trust. He's not a bad person, he just mistrusts pretty much everyone, and with good reason. He often acts in a manner that make people think that he is self-centered, rude and ignorant. And they wouldn't be wrong, but those are just a few of his traits. Saying that, Artemis is naturally kinder than the person he appears to be, though he hasn't really had the chance to express this part of him. He does thinks himself as flawless, perfect in every way, and if he derives a plan, be it a battle tactic or otherwise, he sees them as perfect also, so much that he is a little too certian that it will succeed. This is just the beginning of his arrogance, he is convinced that he and he alone is a child prodigy.

Building and racing chariots Messing around with computer software Wandering around aimlessly Swordfighting Archery Girls, though most of the girls that he's met aren't too keen on him.

Nicknames, especially hates being called 'Artie'/'Arty' (however you spell it). He prefers for people to use either his forename or surname. Also, being associated with that idiotic, childish criminal mastermind, who seems to be obsessed with torturing fairies. Spiders, though he feels that it is foolish to fear them. Disrespect, which is highly hypocritical of him. Jelly beans Being proven to be wrong, he finds it embarrassing.

I got nothin - goin' nowhere Tired of under achieving I keep searchin' - nothin's workin' It's not enough just to be breathin' I need somethin' to believe in It's funny what goes on in your head when you think about the way things come together But now i think back why things had to change The reasons seem so small Cruel twist of fate keepin' me awake when i need to sleep to take away the hurtin' But now i got time on my hands tryin' to understand But there ain't no explainin' It's doin' my brain in... 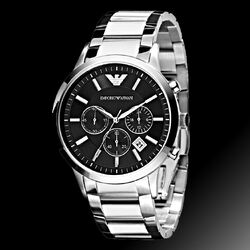 Talented swordsman and tactical fighter Accomplished architect Impressive physical strength Seems to have a talent for irritating the Gods, be it through their children or openly insulting/disrespecting them when his temper gets the better of him.

He has no 'divine' powers as such,but has a photographic memory, the usual powers of a child of Athena, including exceptional tactical battle skills, is highly intelligent (with an IQ of 159) and shows a natural talent for sword fighting and building things. Despite his intellect, he has a tendency to act before he thinks. He has great physical strength, and is able to things alone that some cannot do together.

Artemis is perfectly capable of using many weapons, including the bow, spear and knife, though he is most confident with a celestial bronze short sword. He is an exceptional swordsman, a natural talent of his. His favoured weapon is his Armani watch, modified to perfection. It doubles up as a short sword and a shield, meaning that when using it in combat, he can only have either a sword or a shield at one time. Saying that, he is able to use it effectively, though relying on the element of surprise greatly.

A rather strange 'pet,' a long since deceased lizard named Norbert, who currently resides in a porcelain box.

Retrieved from "https://campolympians.fandom.com/wiki/Artemis_Fowl?oldid=4266"
Community content is available under CC-BY-SA unless otherwise noted.